At this year’s Consumer Electronics Show (CES) in Las Vegas, ZKW and LG Electronics Vehicle component Solutions jointly presented their innovations for the mobility of the future. As a highlight, the new Superintegrator concept was presented for the first time – an intelligent system of LED light and display that creates a completely new vehicle front. Among other things, the concept developed in Wieselburg makes it possible to let the front shine in any design or display messages with the help of software. ZKW also presented other innovative headlight systems, such as the new crystal light for the BMW i7, which was developed in cooperation with Swarovski. “CES is very important for us, because we want to grow further together with LG in the NAFTA region,” says Dr. Wilhelm Steger, CEO of the ZKW Group.

Several high-end technologies fused in the Superintegrator
The name Superintegrator is derived from the combination of different technologies. The light guide technology, for example, which implements the daytime running light, position light and direction indicator, comes from LG. The complete lighting technology, including the communication display, was developed by ZKW. The futuristic design of the Superintegrator was created by LG Electronics Design Department. The system makes it possible, for example, for the vehicle to greet its driver on the display (“Hello Mr. Berger”) when the driver approaches the vehicle. But the display can also show the battery level and status messages for electric vehicles. In the case of cabs, the system could greet the passenger by name and light carpet to find the ordered vehicle. Thanks to software control, part of the display can also be used for customizable daytime running lights, allowing passengers to travel with their own light appearance. “For vehicles now on the market, the enhanced staging of the center area of the front is particularly interesting,” explains Dr. Steger.

Illuminate, communicate, project
In the future, the concept will be used for extended light staging, but also for communication with other road users. This is particularly interesting for automated vehicles. With additional sensors, the functions of the superintegrator could be further expanded. For example, it could tell other road users that the vehicle is currently in automated mode or communicate messages such as “I saw you” to ensure safety. “With the integrated display, the Superintegrator fills the gap of the lack of communication between autonomous vehicles and other road users,” says Dr. Steger.

Unique crystal headlight
ZKW’s booth also featured the exclusive crystal light of the new all-electric BMW i7. Developed in cooperation with Swarovski and the Bavarian automaker, the unique lighting system supports the daytime running and turn signal lights. In doing so, it creates a vibrant, sparkling glow that impresses with “welcome and goodbye” lighting effects. The premium crystal light was developed at the headquarters of the lighting systems specialist in Wieselburg, while it is manufactured at the Krusovce site in Slovakia, with the crystals coming from Austria. 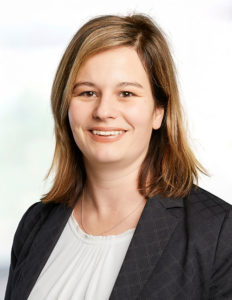